Tom Tancredo is a five term member of the U.S. House of Representatives from Colorado who ran for President of the United States in 2008 and forced the issue of illegal immigration onto the national stage.

Congressman Tancredo has provoked outrage and accolades as a result of his refusal to accede to any form of political correctness.  This has made him a favorite on talk radio with over 4000 interviews to his credit.  He has also provided fiery commentary to FOX News, CNN and is a favorite on college campuses.

His bestselling book In Mortal Danger is the definitive work on the potentially disastrous effects of massive immigration of folks who have no desire to assimilate. The crisis mounts when what he calls the “cult of multiculturalism” infects our society with the virus known as the pursuit of diversity at all costs.

Congressman Tancredo has also written and spoken at length on the non-military threat posed to America by the radical Islam.  His message that sharia law is inherently incompatible with the U.S. Constitution has hit a nerve both here and in the world-wide Islamist community and has sparked protests from Pakistan (where he was recently burned in effigy) to Bangladesh. His legislation to restrict immigration of all those who preach the supremacy of sharia law was met with kudos from those who understand the nature and seriousness of the threat jihadists pose even if they are not setting off bombs in schools and malls throughout the U.S. 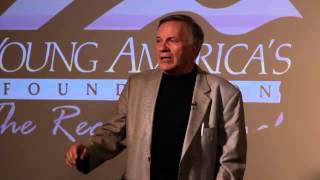