As one of the most respected conservative voices, Rich Lowry brings his sharp analysis and well-formed opinions to the political discussion through his writing and commentary.

A contributor to FOX News Channel, Lowry appears regularly on shows such as The Kelly File and Hannity. He is a syndicated columnist and his insight and analysis can also be found in Politico where he writes a weekly column.

Known for his skillful debating style, Lowry is a frequent guest on Meet the Press and This Week with George Stephanopoulos.

He is the author of Lincoln Unbound, which follows Abraham Lincoln’s climb to the presidency and distills lessons from his ethic of relentless striving. Lowry’s book on Bill Clinton – Legacy: Paying the Price for the Clinton Years – was a New York Times bestseller. 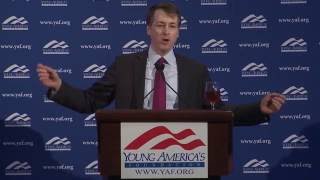