He is the author of several major works on Ronald Reagan, including The Crusader: Ronald Reagan & the Fall of Communism, released in October 2006 (HarperCollins), which includes never-before-published documents from KGB archives, Soviet media archives, and numerous once secret but now declassified NSC, White House, and Reagan administration documents. The book is being translated into Polish, and the paperback rights have been purchased by HarperPerennial. He is also the author of God and Ronald Reagan (ReganBooks, HarperCollins, 2004), which made bestseller lists for The New York Times (extended list), Amazon.com, BarnesandNoble.com, and Christian Retailing, among others; the book reached #2 on Amazon’s non-fiction list. He is also the author of God and George W. Bush(ReganBooks, HarperCollins, 2004), which reached #5 on Amazon’s non-fiction list and made The New York Times’ extended bestseller list. He is co-editor with Peter Schweizer of Assessing the Reagan Presidency (Rowman-Littlefield, 2005) and has published a biography of former Reagan confidant and national security adviser William P. “Bill” Clark, Reagan’s so-called “right-hand man.” He has also written chapters or essays in books published by Oxford University Press, Columbia University Press, Palgrave-Macmillan, Lexington, and others.

Kengor is a frequent public speaker. His venues have included the National Presbyterian Church, the Reagan Library, the U.S. Capitol Building, the Commonwealth (Pennsylvania) Prayer Breakfast, the Heritage Foundation, Young America’s Foundation conferences, and the Gerald R. Ford Library, among many others. He has also spoken at many colleges, including the University of Virginia’s Miller Center, the College of William & Mary, the Ave Maria College School of Law (Ann Arbor, Michigan), Calvin College, Franciscan University, Regent University, Claremont McKenna College, Saint Vincent College, Patrick Henry College, the University of Pittsburgh, and more.

Kengor has done work for a number of think tanks, including the Center for Strategic and International Studies and the Heritage Foundation, and has served on the editorial board of Presidential Studies Quarterly. He received his doctorate from the University of Pittsburgh’s Graduate School of Public and International Affairs and his master’s degree from American University’s School of International Service. Kengor, a native of Western Pennsylvania, lives with his wife Susan in Grove City, Pennsylvania, along with their children Paul, Mitch, Amanda, and Abigail.

“Dupes: How Communists Manipulated Liberals/Progressives for a Century—and Still Today”

“Professor Marx? Anti-Anti-Communism and the Academy: Understanding Your Liberal Professor”

“Why Ronald Reagan Hated Communism—And Why You Should, Too”

“Why Ronald Reagan Hated Communism—Or, What You’re Not Learning at Your Liberal College”

“Communism 101: What You’re Not Learning in College”

“A Manifesto on The Manifesto: The Facts and Truth About Marx and His Disciples” 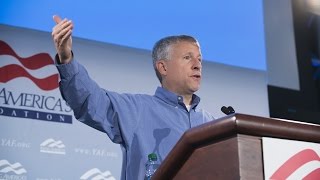