Marc Thiessen is a former White House chief speechwriter, Fox News contributor, and a columnist at the Washington Post, where he writes twice a week on foreign and domestic policy.  In 2018, the Post syndicated his column nationally for the first time and it was picked up by 178 newspapers — the most successful launch of a syndicated column in Washington Post history.

Marc served as a member of the White House senior staff under President George W. Bush. Before that, Marc served as chief speechwriter to Secretary of Defense Donald Rumsfeld.  He was in the Pentagon when it was hit on September 11, 2001, and traveled 250,000 miles around the world with Rumsfeld, including multiple visits to Afghanistan and Iraq.  His inside account of the CIA’s terrorist interrogation program, “Courting Disaster,” was a top-ten New York Times bestseller.

He is a resident fellow at the American Enterprise Institute, where he studies American presidential leadership, intelligence and counter-terrorism.  And he appears several times a week on the Fox News Channel, on shows like The Story with Martha McCallum and Special Report with Brett Baier.  And he is a proud alumnus of the Young America’s Foundation. 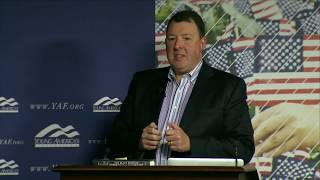