Kirby Wilbur was born in Washington DC and moved to Seattle at the age of 8. He attended Queen Anne High School and the University of Washington where he graduated with a BA in History. He has also studied at Hillsdale College and Georgetown University.

He was the host of the morning drive show on 570 KVI radio in Seattle for nearly 16 years. He was named several times during his career as one of the top 100 talk show hosts in America by Talker’s magazine, the leading talk radio trade journal. Before becoming a talk show host, he was a real estate appraiser and owned his own firm, Liberty Consultants.

For the last twelve years, he has taught American and World History and American Government and Economics to high schoolers in several home school coops. He is an avid reader, primarily of current events and American and military history.

He is a member of the Board of Directors of Young America’s Foundation, the Second Amendment Foundation, the American Conservative Union and Citizen’s United. He is an Associate of Hillsdale College and serves on the Civil Service Commission of his hometown of Duvall.

He has been involved in conservative and Republican politics for over 35 years and has served in numerous volunteer and leadership positions, including serving as state chair of the Young Republicans and four times as a delegate to the Republican National Convention.

He is a much sought-after speaker, has appeared on Fox News, CSPAN, Fox Business Channel and network news, and has received numerous awards from family, law enforcement, charitable and political organizations, including The Fund for American Studies, Young America’s Foundation and Families Northwest. 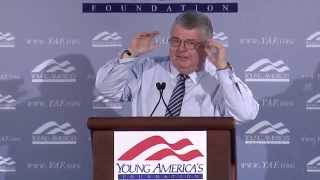