David French is a senior editor at The Dispatch and a columnist for Time.

He is a New York Times bestselling author, and his next book, Divided We Fall, will be released in 2020.

David is a former major in the United States Army Reserve. In 2007 he deployed to Iraq with the Third Armored Cavalry Regiment and was awarded the Bronze Star. 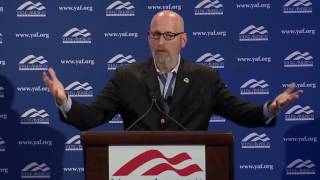