Rabbi Daniel Lapin, is known world-wide as a noted rabbinic scholar, best-selling author and host of the Rabbi Daniel Lapin Show. He is one of America’s most eloquent speakers and his ability to extract life principles from the Bible and transmit them in an entertaining manner has brought countless numbers of Jews and Christians closer to their respective faiths. Newsweek magazine included him in its first list of America’s fifty most influential rabbis.

Before immigrating to the United States, Rabbi Daniel Lapin studied Torah, physics, economics and mathematics in Johannesburg, London and Jerusalem. This seemingly unlikely combination forms the bedrock of his conviction that no conflict exists between the physical and spiritual, virtue and strength, or faith and wealth. He quickly became persuaded that God continues to smile on the United States of America and he became a naturalized citizen on what he describes as the proudest day of his life.

Rabbi Daniel Lapin, noted rabbinic scholar, best-selling author of books like Business Secrets from the Bible and host of The Rabbi Daniel Lapin Show, is a popular speaker who appears live before more than thirty-five thousand people around the world each year. He is famous for teaching life principles from the Torah to people of all backgrounds in entertaining and practical ways.

Newsweek magazine included him in its first list of America’s fifty most influential rabbis. With his wife Susan he hosts a daily television show Ancient Jewish Wisdom carried on the International TCT Network. Through his books, broadcasts and speeches, he has become one of America’s most compelling and persuasive voices of practical Torah—ancient solutions for modern problems.

He serves as the president of the American Alliance of Jews and Christians working toward restoring Biblical values as the basis of civilization.

Before immigrating to the United States, Rabbi Daniel Lapin studied Torah, physics, economics and mathematics in yeshivas and schools in South Africa, the United Kingdom, and Israel. He was the founding rabbi of Pacific Jewish Center, a now legendary Orthodox synagogue in Venice, California.

Rabbi Lapin is a frequent speaker for hundreds of trade groups, political, social and civic institutions, financial conferences, organizations, and companies. He speaks regularly at synagogues and universities throughout the country as well as in Europe and Asia. He is a frequent guest on national radio and television shows.

His articles have appeared in the Wall Street Journal, Commentary, and The Jewish Press. He and his wife have published seven books two of which have been translated into Chinese, Romanian, Hungarian and Korean.

An enthusiastic boater who has sailed his family across the Pacific in their own boat, Lapin lived with his wife Susan who homeschooled their seven children on Mercer Island, Washington. They recently relocated to the east coast. 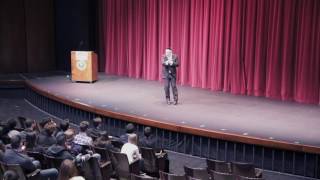